We’ve seen a lot of questions in the various BMG facebook groups about tips for new players/how to get better at the game. I sat and thought about this for awhile, and came to the conclusion that the VAST majority of answers would be model specific, stuff like “How do I beat acrobats/mind control/stop?” And the answer to that is “It depends on the board, the mission, the crew you’re running, and your familiarity with all the relevant rules.”

So I stepped back and thought about it some more. If I had a brand new player, what advice could I give them that would be universally relevant, no matter what crews were involved. The following should NOT be considered a master list of rules that are always 100% true, but I think it’s a good set of guidelines to consider when trying to level up your game. 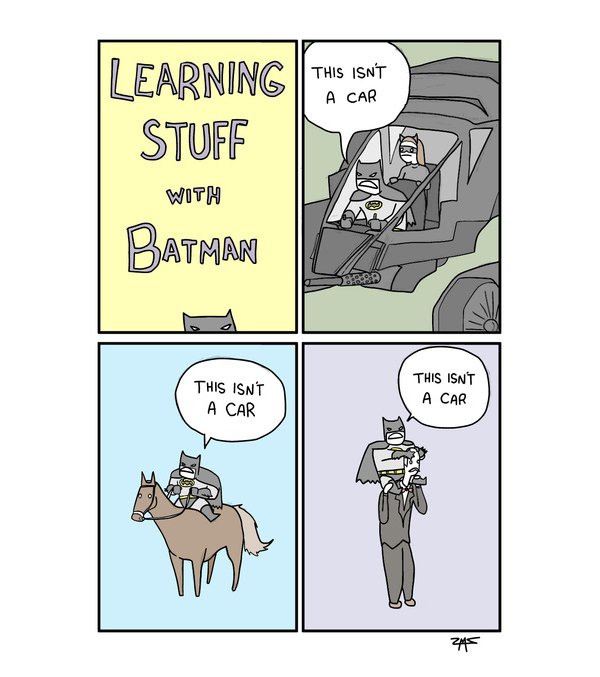 This one is probably the biggest challenge to a brand new player, as it requires knowing a LOT of models, and which of them are considered strong. At the bare minimum, a new player should know what Acrobat, Magic, and Gun spam play like. Ask your community what the strongest lists have looked like in the past. Read tournament coverage!

Not only knowing what your list can do, but what it struggles to do. Developing game plans versus tough matchups. Not forgetting the small rules that give you an edge, such as Street Guy or Hardened. Also knowing what your desired game plan is — do you want to run cheap dudes at objectives? Create a killing field in the mid table? What do you do when a heavy hitter is taken out of action early?

All things being equal, and without killing each others models, most crews can score a similar number of points off of objectives each turn, so it’s essential to force advantageous trades. Sure, Anniversary Batman can knock out a 20 rep henchmen, but that creates an opportunity cost because Batman wasn’t doing something important to the board state at the time. Every model needs to be “earning its rep” to achieve a game win. For models <30 points this typically means scoring, for >30 – <60 they should clean up henchmen, and over that rep cost they need to be massively messing with your opponent’s game plan.

Learn to Visualize Critical Distances and actually SEE the Board

If you’re brand new to minis gaming, you’ll be playing at a disadvantage until you can eyeball distances. While premeasuring is allowed, there’s often not enough time to see the relational distance of every model on the board. Once you can visualize 4” and 8”, you’ll be able to see who can pile into a combat, tell where your opponent is likely to deploy their Leader (4” inspire bubble!), and know roughly on what turn your models will arrive on objectives. This is also the easiest one to practice at home. Their are a number of awesome widgets for minis games that will help you.

At the end of the day, all that matters is points. There’s no auto-win from tabling in BMG, so players need to play what will rack up the points for the mission. Also, read the Batmatch packet. All you really want is to win by 5 more points than your opponent, and to have generated a respectable amount of victory points to help your tournament standings. With this in mind, don’t get side tracked by scoring 6 VP by having everybody try to kill the Joker when you could be scoring 8 VP sitting on objectives.

Know When to Play to Your Outs

When things start to go pear shaped, the worst thing you can do is just continue playing the game with the same strategy you had at the beginning. Be quick to see where potential problems will come up, so that you can have plan B prepared for when you need it.

If the only way you can win a game is to deal with Poison Ivy, dedicate all the resources you can to hitting her with some Monsanto shit.

Play to the Averages

Dice will fuck you. So will not knowing math. Break out a calculator and figure out what the numbers difference is between +1 to hit and re-rolls.

There are times when your opponent is deploying scary dudes all across the board. Sometimes it’s best to blob up in one corner of your deployment zone and force them to burn a turn or two getting to your position.

The counterpoint to this is that abilities that allow you to add or change counter assignment are deceptively powerful, and why Joker is the best crew for a new player.

“If I have Killer Frost Stop! Carlos Grotti then I can have Firefly and Heatwave flame template them and then he’ll have 4 burn counters on him at the start of next turn” Neat, you’ve spent 150 rep killing a henchman.

I’m also calling this the Batwoman problem. Beware of too many cute tricks.

The last, best tip I can give you is to study the cards. Know what crews can do. 99% of your life will not be spent playing the game, so use your off time to see what exists out there.